We‘re surrounded by plastic. Just think about every piece we touch in a single day: grocery bags, food containers, coffee cup lids, drink bottles, straws for juice boxes — the list goes on and on. Plastic may be conveni- ent, but its success carries a steep price.

In the first decade of this century, we made more plastic than all the plastic in history up to the year 2000. And every year, millions of tons of plastic end up in the world‘s oceans.

Most ocean pollution starts out on land and is carried by wind, rain and rivers to the sea. Once in the water, there is a near-continuous accumula- tion of waste. Plastic is so durable that the US Environmental Protection Agency (EPA) reports “every bit of plastic ever made still exists.” 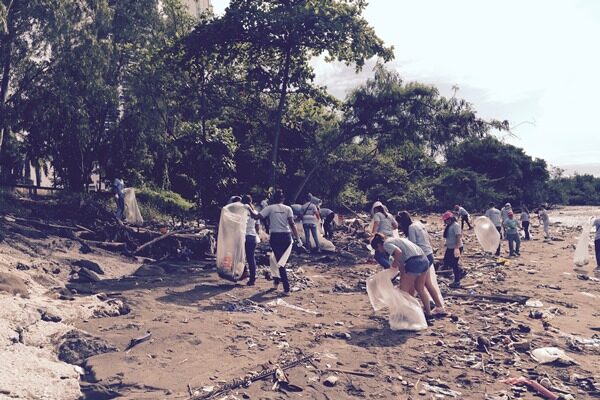 Due to its low density, plastic waste is readily transported long distances from source areas and concentrates in gyres, systems of rotating ocean currents. All five of the Earth‘s major ocean gyres are inundated with plastic pollution.

But it‘s not limited to the gyres; studies estimate there are more than 5 trillion pieces of plastic in the world‘s oceans — from the equator to the poles, from Arctic ice sheets to the sea floor. Emerging research suggests that not one square mile of surface ocean anywhere on earth is free of plastic pollution.

The history of plastic

The word “plastic” was introduced in 1929. But what is plastic, this substance that has reached so deeply into our lives?

The word comes from the Greek verb “plassein”, which means to mold or shape. Plastics have that capacity to be shaped thanks to their structure, those long, flexing chains of atoms or small molecules bonded in a repeating pattern into one gloriously gigantic molecule.

Industrialized(1920s) : The era when scientists could manufacture everyday items inexpensively.

Growth exploded(1940s) : The patent on phenol-formaldehyde resin had expired, which enabled other companies to set up their own manufacturing plants. 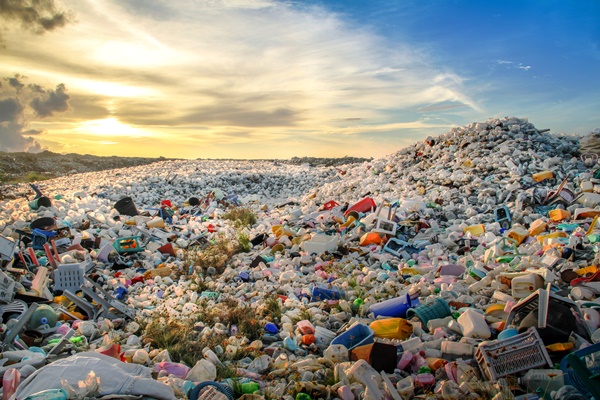 The oceans currents have formed 5 gigantic whirlpools where the plastic waste collects. A recent study conservatively estimated that 5.25 trillion plastic pieces are currently floating in the world’s oceans. 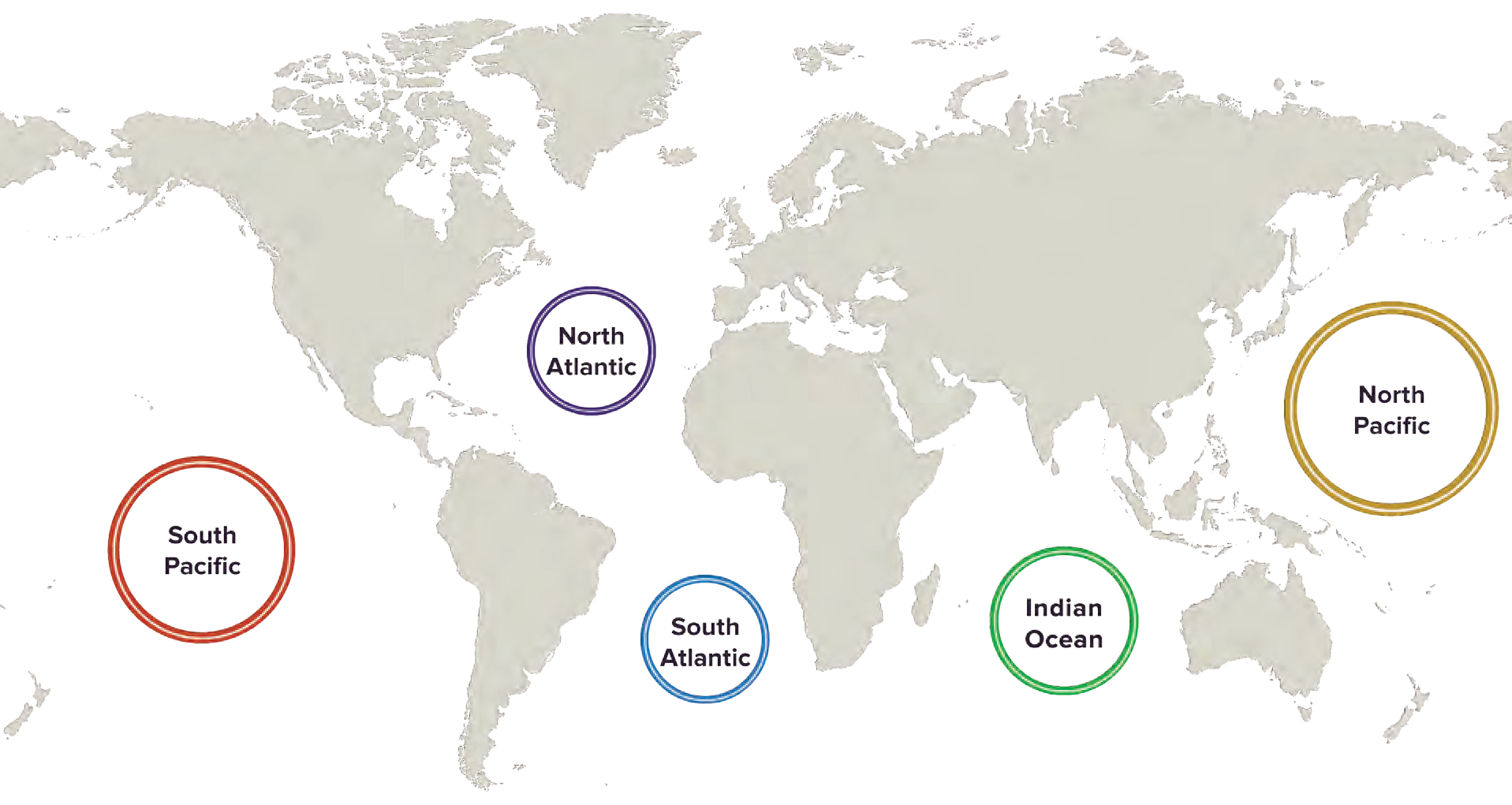 Plastic is versatile, lightweight, flexible, moisture resistant, strong, and relatively inex- pensive. However, durable and very slow to degrade, plastic materials that are used in the production of so many products all, ultimately, become waste with staying power.

The problem of marine plastic Pollution

Plastics pollution has a direct and deadly effect on wildlife. Thousands of seabirds and sea turtles, seals and other marine animals are killed each year after ingesting plastic or getting entangled in abandoned fishing nets.

It‘s also harmful to us humans. As plastic de- bris floats in the seawater, it absorbs dangerous pollutants like PCBs, DDT and PAH. These chemicals are highly toxic and have a wide range of chronic effects, including endocrine disruption and cancer-causing mutations.

The concentration of PCBs in plastics floating in the ocean has been documented as 100,000 to 1 million times that of surrounding waters. When animals eat these plastic pieces, the toxins are absorbed into their body and passed up the food chain.

Basically, we are what we eat, and that isn’t always a good thing when the healthy-looking fish we had for dinner was full of pollutants.

It is estimated that we have six times more plastic than plankton in our oceans. 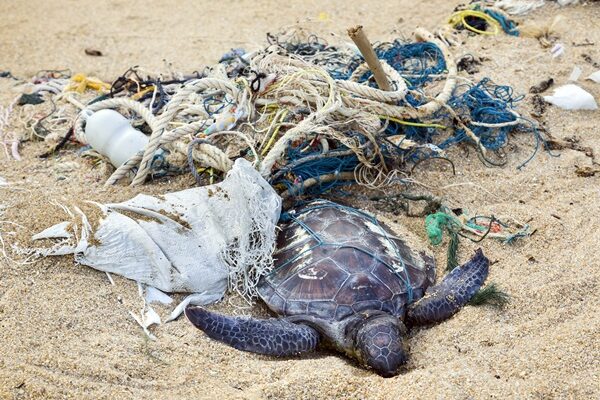 Long after its initial use, lost fishing nets persists in the world’s oceans, for hundreds of years. It may travel vast distances and is found in every ocean and sea on earth. These lost, or abandoned fishing nets, known ominously as “ghost nets,” add to the perils for animals in the ocean.

The Greenscreen Sea-TexTM Project is a product pro- gram by Hunter Douglas, initated in collaboration with the material innovator Bionic® Yarn, aiming to turn recovered shoreline plastic trash into fabrics.

Together with a global network of environmental organizations and governments, Bionic® develop recycling programs to collect, sort and process recovered plastics from beaches, remote coastlines, inland waterways and the surrounding local communities where plastics are commonly incinerated or landfilled.

Bionic‘s local partners operate the recycling systems they develop and sell the recovered plastics to Bionic® for a profit. The recovered plastics are used directly for Bionic® polymers. This symbiotic relationship addresses the global plastic pollution and marine debris crisis th- rough the collection and reduction of plastic pollution sources from coastal communities, while creating jobs and stimulating the local economy. 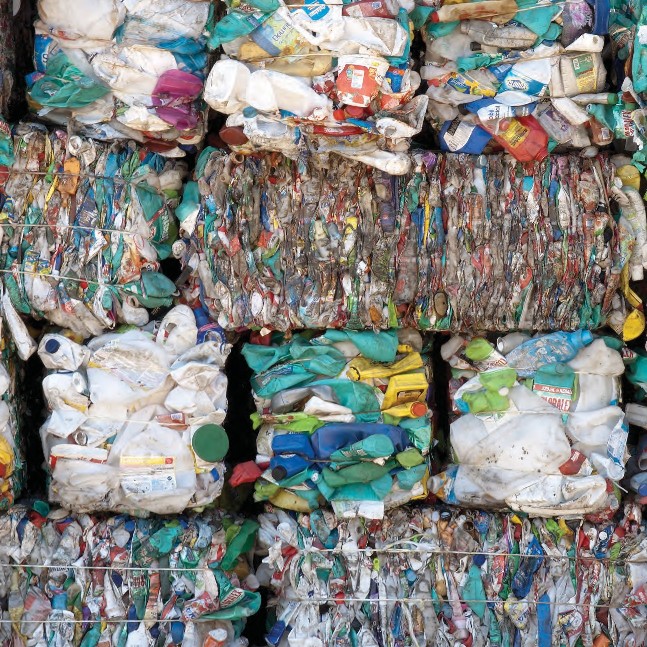 The critical ingredient of the yarns used for Greenscreen Sea-Tex™ is recovered shore- line plastic. Collecting this plastic trash is a tremendous task .

The gold-standard in environmental protection, Waterkeeper® Alliance unites more than 300 Waterkeepers Organizations and Affiliates in 37 countries patrolling and protecting 2.4 million square miles of watershed around the globe.

In 2010, grammy award winning artist and producer Pharrell Williams became Bionic‘s partner. A design and fashion force in his own right, Williams stepped into and remains acting Creative Director at Bionic®.

How is greenscreen sea-tex TM fabric made? 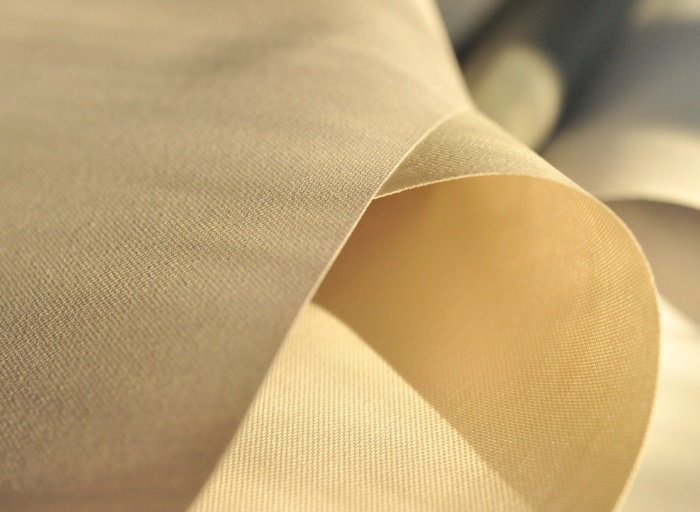